Nashville Wiki
Register
Don't have an account?
Sign In
Advertisement
in: Episodes, Season 4 Episodes, Episodes Airing in September,
and 2 more

Can't Let Go is the season premiere of the fourth season of Nashville. It was written by Meredith Lavender & Marcie Ulin and directed by Callie Khouri. It first aired on September 23, 2015.

The episode begins one month on from the events of the Season 3 finale.  Juliette shows up at the premiere of the Patsy Cline biopic "Shenandoah Girl" but is annoyed to see Layla hogging the limelight.  A reporter tells her the reviews of the biopic are positive and there is already talk of an Oscar nomination.  She's also questioned about being on Rayna's label and her relationship with Avery and their daughter. Avery watches the premiere from his parents' house in Ohio and dismisses any negative comments made by his father about Juliette.

Meanwhile, Rayna has been spending her nights alone and discusses Juliette's actions with Bucky, eventually deciding to drop her from Highway 65.  She receives a phone call from Juliette, who has been partying with friends and is clearly still suffering when she throws up and cries.   When Rayna and her daughters go to the hospital it is revealed that Deacon is alive and well.  However, Beverly is in a coma but Deacon refuses to leave her beside.  Scarlett later visits and says that the supplements that she was taking for the menopause caused her mother's blood to thin resulting in an aneurysm.

Jeff is back to lying to Layla, and playing her, only to make money.  When Layla goes to see Juliette, Juliette tells her that she's stupid if she doesn't realize that Jeff is just stringing her along and Layla tells Juliette that she's not her.

Back in Nashville, Maddie and Daphne get letters from Teddy who is in jail, Maddie refuses to read hers, while Daphne reads hers, and Maddie's, as she clearly misses Teddy. When Maddie finds out she's furious and they fight, only for it to be broken up by Deacon, who tells them that they need each other.  Maddie tells him he's not her father and runs off to her room, but peers on Maddie and Deacon talking about wanting Beverly to be around for his wedding to Rayna.

Later that night, at Juliette's concert, she is visited by Steven Tyler, who surprises her, and they perform "Crazy" as a duet. She also is visited by Rayna, who tries to help her, but is only yelled at by Juliette, and kicked out.

Avery's parents offer to have him move to Ohio with them, which he later declines, saying Nashville is where his home is, whether Juliette is part of it or not.  He also sends Juliette a text, telling her that he and Cadence are there for her but she doesn't respond.

Since his revelation at the press conference, Will's album recording has been put on hiatus and he has been spending his time in bed.  After chatting with Gunnar, he decides to go out with Kevin but ends up getting yelled at by a woman he slept with, and can't take the pressure of being in the public eye.  They go to a gay club but Will leaves, telling Kevin he will call him.

Meanwhile, Gunnar and Scarlett try to record together, but end up kissing each other, only for Scarlett to leave, saying she loves Caleb, and she records her part of their music by herself.  Gunnar shows up at the studio to record his part separately but admits it's not the same without Scarlett, who admits to Caleb that she loves him.

Having turned down his parents' offer of moving in and accepting work, Avery returns to Nashville with Cadeence and decides to move in with Gunnar and Will.  While her friends party, Juliette looks at photos on her phone of Avery and Cadence.

While this is all happening, Beverly wakes up, with Deacon by her side.  On Rayna's way home, she googles herself, much to find out that her label is a flop, just like Juliette had said, and that she is not having good luck at all with her label. 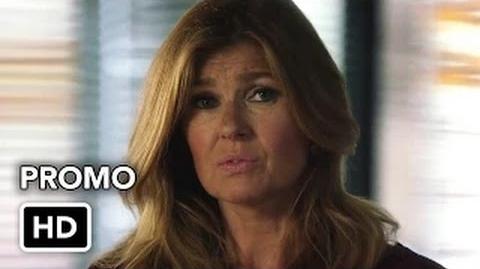