Can't Get Used to Losing You

Can't Get Used to Losing You is the seventh episode of the fourth season of Nashville. It was written by Dana Greenblatt and directed by Eric Close. It first aired on November 11, 2015.

The following morning, the police knock on Juliette's hotel room door and find her bleary-eyed and hungover.  They inform her that Jeff was found dead.  She's completely surprised to hear the news and when a group of reporters question her about it she appears emotionless.  Elsewhere, Layla is devastated to learn of his death since they seemed so happy the night before.  His sister Kate shows up and shuts her out of all the funeral arrangements.  Colt isn't taking the situation well either and accuses his father of not being there when he needed him.  It seems Luke is more preoccupied with re-branding his label rather than listening to his son admit that he saw Juliette trying to jump off the building before Jeff stepped in to save her.

Scarlett and Gunnar are busy preparing for their own tour.  She decides its time to start over and treats herself to a new haircut.  Meanwhile, Gunnar is trying to find a new sound engineer and is throwing some details together with just a few days to go.  Back in Nashville, Deacon reveals his new purchase to Rayna and she's less than pleased, considering his past.  Since he got to live and Beverly didn't it's the best he can do.  He's clearly passionate about his new business venture and the work he undertakes on the first day, re-branding the bar as The Beverly, proves he has what it takes to make it a success.  He organizes a happy hour and plays a set for the patrons and Frankie says he hasn't seen a crowd that big in ages.

Scarlett is having a hard time coping on tour and it's affecting her relationship with Caleb.  He eventually apologizes to her and decides to use his frequent flyer miles just so that they can spend time together.  Gunnar makes a call to Erin and offers her the position of sound engineer on the tour but when she spills the beans to Scarlett about her one-night stand with Gunnar, Scarlett questions Gunnar about whether he can stay focused.  He says he can but is later seen in bed with Erin.  While Gunnar is taking off on the road, Avery considers moving out but after talking to Will, he decides to stay.  They bond over Avery raising Cadence on his own and Will having broken up with Kevin.  They sing a lullaby together to Cadence.

Meanwhile, Juliette is not coping in the aftermath of Jeff's death as she's still asking for pills and ignoring her family.  She's told that before Luke's gig she'll read a speech about Jeff but she's having none of it.  She lashes out at Layla and tells her she needs to forget her "thing" with Jeff ever happened and moved on.  However, she has flashbacks to the incident on the roof just before she's about to take to the stage with Luke and runs off.  Layla takes her spot, delivering a heartfelt tribute to Jeff in the form of a song she wrote.  When Juliette comes to Luke's dressing room, she finally admits that she needs help.  Gabriella takes her to the Horizons Rehab Center and asks her if she's ready.  Juliette says that she isn't but checks herself in anyway. 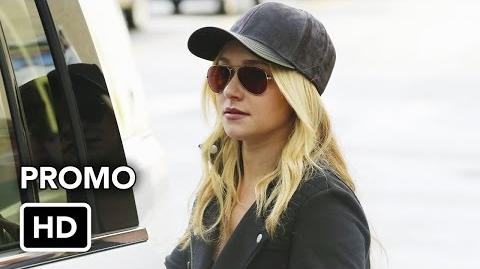