Be Careful of Stones That You Throw

Be Careful of Stones That You Throw is the ninth episode of the first season of Nashville. It was written by David Gould and directed by Paul McCrane. It first aired on January 9, 2013.

The episode begins with Rayna recording a song at the studio and there is no sign of Juliette. Liam thinks that the tour is a bad idea. Glenn tries to defend Juliette and they all have a laugh. We then see that Juliette and Sean had sex in the limo. Well that is because they eloped and got married. Sean thinks that they should tell people. Just then Glenn calls and Juliette tells him that she needs to go to the studio. Gunnar and Scarlett are having a difficult time writing songs together. She then leaves to meet Avery as he is handing her the keys as he is moving out. The producer tells Avery to fire his boy band. Avery assures him that he would do that once he flies back.   Liam is tired of waiting for Juliette and he leaves. Bucky tells Rayna that the wheels would be up on Sunday. Deacon is about to enter the stage when he meets the reporter Carmen Gonzales; also a former flame. Juliette arrives and she declares that she got married. Glenn is shocked. Rayna then tells Juliette that she wants to start the tour on Sunday. This is business and they both need each other at this moment. Juliette arrives home and sees Sean and his parents waiting for her. He told them. They are not at all happy. Sean’s mother wants a big church wedding by the month end. But Juliette says that she cannot as she is going on tour. So, they decide to have the wedding on Saturday, before she leaves for the tour.

Rayna tells Teddy that she is leaving on Sunday for 5 months and she wants to take the girls with her as she wants to keep them away from the toxic environment at home. Teddy is not going to allow her to take the girls away from him; at least not without a fight. Sean is not too happy about the tour as he feels that she should have discussed it with him. She feels that there is no point discussing about football and music with each other. Sean is not happy. Teddy tells Tandy the scenario at home. Tandy feels that Rayna cannot go now as it is too close to the elections. But Teddy feels that he should not try and stop her. Carmen interviews Deacon on the flight. Liam thinks that Rayna should do an album instead of a tour as he feels that the tour will ruin her career.

Rayna tells him that her marriage is on the rocks and so she needs to leave Nashville for a while. Avery comes home and tells JT that Dominic wants to sign him as a solo artist and he said a yes. JT is pissed as Avery thought only about himself and screwed his friends over. Juliette and Sean’s mother are going over the wedding arrangements and she is very mean to Juliette by taunting her that she has no one from her family who is attending the wedding. Lamar and Tandy visit Rayna and they tell her that the tour is a bad idea. Lamar tells her that fighting for custody would be a bad idea as it would bring up paternity details and one of her daughters would learn "the truth about her real father." Rayna is angry and asks them to leave.

Avery comes home and finds that Scarlett has packed all her stuff. Scarlett wishes him luck with his career. He asks her for a hug and they end up kissing. Deacon is being told by his band member about changing his style a bit. Carmen tells him about the tour and Deacon is shocked to hear that Juliette and Rayna are touring together. Deacon is curious as to who is guitaring for Rayna. Juliette is rehearsing and Sean arrives. She introduces Sean to her band and team. Sean tells her that he called her mother’s rehab and scheduled a meeting with her. Juliette is not too happy to hear it. But she hides her disappointment and tells him that she has a very complicated relationship with her mother and so she would like to go first. Sean agrees. Scarlett and Avery have sex and then Scarlett learns that Avery has fired JT and the boys.   She is totally pissed and she tells him that he is selfish and that he can only hurt people. She asks him to leave. Juliette meets her mother and tells her about the wedding. Her mother tells her that she has a deep hole within her soul and she won't be able to fill it with marrying someone she barely knows. Juliette feels that her mother can't stand to see her happy and she leaves. JT comes to the Bluebird to collect some stuff from Scarlett as Avery did not have the guts to come and return it to him. He says that he is going to cancel the show that was supposed to be done this evening. Scarlett tells him that she knows all their songs and that she can sing if they will have her. JT is glad and happily agrees. Gunnar is having a tough time writing his songs.

Hailey arrives and tell him that she is getting promoted and so she will do anything to get Scarlett and Gunnar back together. She tells him that they (Scarlett and Gunnar) are better together than apart. Rayna barges into the campaign office and tells Teddy about Lamar’s intervention and how he threatened to disclose who Maddy’s biological father is. Teddy is furious. Teddy knows the truth and he warns Lamar that if he ever did that again, he will come for him. Lamar is surprised that Teddy knows about it. But he feels bad about the fact that they are not able to understand his intentions. Scarlett performs with JT and the boys and she is amazing. JT is really surprised and the crowd loves her. JT asks her if she wants to make it a permanent thing. He doesn't want her to answer right away but think it over.

Juliette arrives home and Sean asks her how it went with her mother. She lies saying that it went well. She then tells Sean that they should go away somewhere for a while. Deacon sleeps with Carmen. Avery watches the video of Scarlett performing with the band. Rayna tells Teddy that they should be honest with each other and face the facts. The problem between them did not start in the past few days; but it has been going on for the past few years. They know that there is trouble in their marriage but the girls love their parents and so they should never hurt them. She says that the girls could stay with him and that she will go on the tour like she has done a hundred times before.   This tour is the perfect cover; both for political and personal reasons. Teddy wants to make this work. Juliette is getting ready for the wedding and she is looking beautiful. Sean has sent his grandmother’s pendant for her to wear for the wedding. Scarlett arrives and starts to write songs with Gunnar. They do a good job and Hailey smiles. We see that Sean has arrived at the church. Juliette is on her way and her driver tells her that they have reached. Rayna leaves for the tour. Juliette removes the pendant and tosses it aside. She gets out of the car and walks towards her plane. 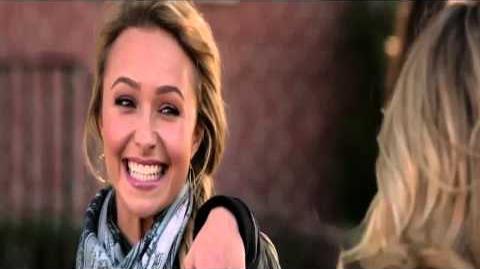 Nashville 1x09 Promo Be Careful of the Stones You Throw HD 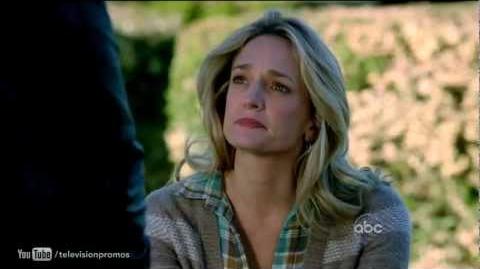 Nashville 1x09 "Be Careful of the Stones You Throw" Sneak Peek 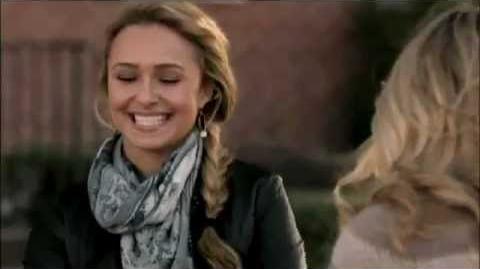