Back in Baby's Arms

Back in Baby's Arms is the second episode of the fifth season of Nashville.  It was written by Callie Khouri and directed by Stephen Cragg. It first aired on January 5, 2017.

As Scarlett and Gunnar lie in bed together, he gets several text messages from Autumn Chase, who wants him back on her tour. Scarlett is worried that he still has feelings for her, but her reassures her that she's the only one he cares for. Meanwhile, Rayna arrives home to find Deacon alone since Maddie and Daphne have spent the night with their friends.

Elsewhere, Juliette is trying to feed Cadence but does not take too kindly to Avery's suggestion of doing the airplane motion. She tells him to feed their daughter himself and then reveals that she wants to find the woman who saved her. He tells her that she does not need to feel ashamed that she's in a wheelchair, but interpreting that as a sign that he does not want to help her, she says she'll do it herself.

Will and Kevin dine out at a fancy restaurant for Will's birthday and meet a fashion designer named Jakob Fine. He tells Will that he's a big fan and praises him for handling Cynthia Davis while blanking Kevin. He hands Will an invite to a trunk party at his mansion and blows out the candle on his birthday cake, saying he hopes the wish he made comes true. Will and Kevin later discuss the incident and Kevin suggests that Will should go to the trunk party and bring him home a nice jacket. While Will also performs for a large audience, Kevin seemingly gets jealous when a man shouts at Will that he loves him.

When Deacon and Rayna get into bed, she comes up with the suggestion of doing a concept album but Deacon is not so easily convinced, given his past. They later have an argument about it and she tells him to stop acting so selfishly. While at work, she meets another superfan called Randall St. Claire, who has been hired to take part of the digital marketing side of things. She also suggests to Gunnar and Scarlett what their next single should be, which does not sit well with Scarlett since she believes he wrote it for Zoey. When Rayna leaves work, she gets a call from Zach Welles, who is planning on coming to Nashville so that he can pick her brains about working together.

Scarlett and Gunnar argue further about their next single choice but he says he wrote it with no-one particular in mind. After chatting with Deacon, Scarlett goes ahead with her radio appearance with Gunnar and is surprised when he changes a lyric of the song, which mentions the color of her eyes.

Will attends the trunk party and while trying on a coat, Jakob Fine hits on him but Will says he is in a relationship. He leaves and gives the jacket to Kevin before suggesting that they should get a house together with a dog.

Rayna returns home and receives a bouquet of flowers with a note. Having chatted with Scarlett, Deacon finally agrees to do the concept album with her and sings to her as an apology. She then thanks him for the flowers but he says that he did not send her any flowers. Meanwhile, with Emily's help, Juliette leans the name of the woman who saved her. The pastor reveals that she did not want any media intrusion and chose not to reveal her name. However, Juliette gives the pastor her phone number.

As Rayna heads to work, her song can be heard playing from a car and a crack can be seen on the windshield. 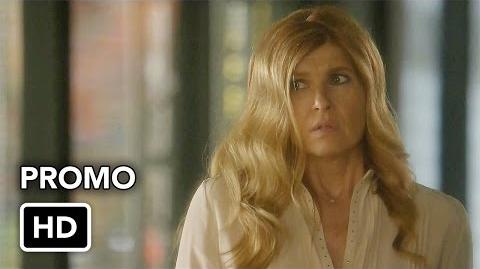