Baby Come Home is the seventeenth episode of the fourth season of Nashville. It was written by David Gould and directed by Jet Wilkinson. It first aired on April 27, 2016.

At Rayna's house, she and Deacon are having a photoshoot with Southern Living magazine, who are there to snap the whole family but Bucky keeps things focused on Rayna and Deacon in light of the current situation with Maddie.  As the photographer leaves, Rayna receives a summons to appear in court in two days for Maddie's emancipation hearing.  Meanwhile, Juliette takes to the stage on Luke's tour while an angry Layla watches from the wings.

Elsewhere, Scarlett and Gunnar are on the tour bus as Will rings to say that their song is on the radio.  Scarlett is still under the impression that Gunnar slept with Autumn and is avoiding him.  Luke organizes a showcase for Will so that radio programmers can hear Will's new single and consider playing it.  Angry about Juliette being on tour, Layla goes to her tour bus and finds Avery who has just put Cadence down for the night.  He decides to cheer Layla up by playing her one of her songs that he has worked on.  She's impressed and they end up kissing and Cadence soon wakes up after hearing the music blaring.

Deacon and Rayna meet with a lawyer to discuss the emancipation hearing but unfortunately Deacon has no sway in the hearing since Teddy is still considered her legal guardian.  Rayna decides to visit Teddy in prison in order to get him to sign an avidavit but she learns that Maddie has also organized a visit with him.  Gunnar finally calls Scarlett out for avoiding him after she attempts to ride an elevator without him but he gets in before the doors close.  He comes clean about visiting Autumn's room saying he would never do anything to jepoardize their friendship.  Just as they're get re-acquainted the elevator breaks down due to a blackout, leaving them trapped.

The following morning, Layla and Avery meet and she confesses her feelings for him but he turns her down as he has just got out of his marriage and they should just keep their relationship professional.  Layla can't help but voice her disappointment as she thought they had something real but she will respect his wishes.  Juliette also shows up and he asks why she's there and she says she wants to spend more time with their daughter.  Back in Nashville, Will's showcase at the Bluebird doesn't go well as no-one apart from two or three programmers show up so Luke decides to go bigger by arranging an appearance on Good Morning America.  In an interview with Robin Roberts, he calls out country music radio for refusing to play a gay artist like Will.  Luke's manager later points out that he's pissed off country music radio because of his stand.

Rayna approaches Cash to try and talk some sense into her but Cash stands her ground.  Cash later says something to Maddie about her meeting with Rayna.  Maddie is feeling bad that she has left Daphne to perform on her own at the Opry but nothing Rayna can say to her can make her change her mind about the hearing.  Juliette goes to Avery's room and confesses that she still loves him and wants him to give her another chance, but he turns her down.  Meanwhile, Scarlett and Gunnar have been stuck in the lift downing whisky and chatting about how they first met.  They sing their first ever duet together and it looks like they're about to kiss as the doors open.  He walks her to her room and she closes the door but opens it again to find him standing there.  They rekindle their romance.

Avery is at a loss about what to do - should he be with Juliette or Layla? He paces up and down a corridor as Juliette tries to think of what to say to him in a text message.  She reassures him that they can work through everything together.  She hears a knock on her door but is disappointed to find that it isn't Avery but Emily with Cadence.  Avery knocks on Layla's door.  Maddie shows up at the Opry to help Daphne out but after their performance she says that she still isn't coming home and walks out of the venue with Cash as Rayna performs onstage and Deacon embraces a tearful Daphne. 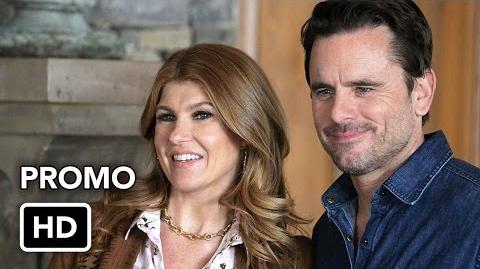 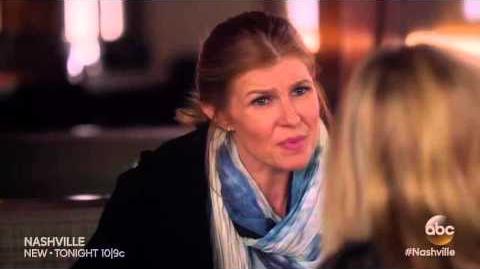