All or Nothing with Me

All or Nothing with Me is the twenty-first episode of the second season of Nashville.  It was written by Dee Johnson and directed by Michael Waxman It first aired on May 7, 2014.

The morning after her dalliance with Jeff, Juliette is showering in an attempt to rid herself of any effects. When she emerges from the bathroom, Avery is there and he apologizes for failing to think of her during Scarlett's meltdown situation. Juliette bolts as she has to meet with some songwriters.

While Rayna is in a meeting with broadcasters Bucky interrupts and informs her that Luke, who is in Afghanistan, was injured when the convoy he was in was hit by an IED. Rayna flies to New York so she can be there for him when he arrives. Luke is beating himself up that he wasn't able to to give the troops a show because of the accident so Rayna suggests that they should do a show live from Fort Campbell and simulcast it to all of the troops.

Production starts on Will and Layla's reality show which Gunnar refuses to be a part of. He gets a call to meet with Juliette as she wants him to write some songs for her album, but he doesn't know what to do since he saw Jeff and her together at the BMI party. He eventually meets with her but it's not long before Jeff tells her he wants her back on his label.

Scarlett tries to get back on her feet by taking a waitressing job at the Bluebird but after some unkind comments from the customers, she decides that she wants to leave Nashville. With Rayna out of town, Deacon and Maddie spend time together, which consists of burnt lasagna and homework. When she asks where he was on the night she was born, he says he was out on the road but at an AA meeting he admits the truth - when he found out that Rayna was having another man's baby, he got drunk and that's all he remembers.

When Luke hears that Juliette will be performing at the show he is not happy. Juliette hears him say this to Rayna and says that she will not sing though it won't stop her from meeting the troops. Luke overhears her saying to a soldier that she is there because her father was a Blackhawk pilot who died when she was four and asks her to sing with him. The show starts by First Lady Michelle Obama thanking the troops via satellite and Kellie Pickler also performs.

Deacon asks Teddy to tell him what Maddie's birth was like and Rayna and Deacon join Maddie and Daphne onstage to perform. He also apologizes to Rayna for his behavior and says he knows that she was just trying to protect their daughter. Meanwhile, Zoey has an opportunity to sing for Juliette putting Gunnar's chance to tell Avery about his girlfriend's rendezvous with Jeff on the back burner for the time being. Jeff tells Juliette that he's not above telling Avery about their encounter and Juliette just tells him how unsatisfying it was.

As Will and Layla are filming, Will is getting tired of being asked to kiss Layla several times and ends up hitting the gym to cool off. He meets a male trainer who gives him his card. Initially crumpling it up, he later unplugs the cameras in his house and phones the trainer to arrange a private session.

After the show for the troops, Luke tells Rayna that his near-death experience had him worried that she wasn't reciprocating his feelings but she reaffirms that she loves him. 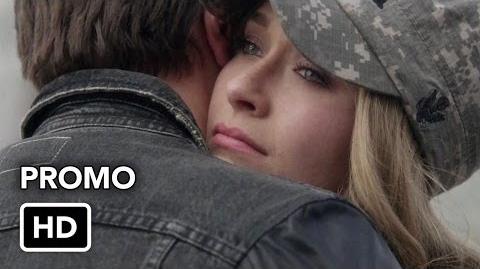 Nashville 2x21 Promo "All or Nothing with Me" (HD)