A Change Would Do You Good

A Change Would Do You Good is the fifteenth episode of the fifth season of Nashville. It was written by Matthew M. Ross and directed by Devon Gummersall. It aired on June 22, 2017.

As the media camps outside the Jaymes house, Maddie sees a report on television about her and Clay's run in with the police. She's still upset by the whole ordeal so Deacon and Zach decide to pay a visit to a local councilman who tells them that Maddie will have issue a written statement apologizing for her actions. Meanwhile, Maddie phones Clay and tells him that she misses him, but he acts curt with her and ends up hanging up.

At the Bluebird, Hallie is about to give her first solo performance in front of an audience but panics. However, after a few words of encouragement from Juliette, she gets up on the stage and starts singing, attracting the interest of Deacon and Avery, who want to sign her and producer her albun, respectively. Deacon later phones her to offer her a deal with Highway 65 which does not sit well with her band member George, who it turns out is her boyfriend. It is later revealed that he is having an affair with her as he tells her that his wife freaked out when he told her about it and threatened to take their kids with her.

Zach gathers everyone at the Highway 65 offices to introduce him to Silicon Valley marketing expert Alyssa Greene who tells everyone that she wants to start brand partnerships. Everyone looks to Deacon for advice and he says that if Bob Dylan did it, why should they not do the same but he's not entirely convinced. Zach later tells Will that Alyssa received a call from Budweiser who want to go into partnership with the latter.

After some words of advice from Bucky, Maddie pays a visit to Juliette, who tells her what she did was brave and as she is about to record the song intended for Maddie, she tries to shoo her out of the studio but Maddie wants to listen. Juliette records her song and gets the thumbs up from Maddie. Maddie also pays Clay a visit to find that he has not slept in three days and he decides the best thing to do is to not see each other again. Maddie also finds out that he had a previous run in with the law, assaulting his mother's boyfriend.

Scarlett still cannot figure out her true feelings for Gunnar and breaks down when chatting with Deacon. The latter gathers everyone at the Jaymes house for dinner to celebrate his offer to Hallie. Daphne and Liv ditch the meal as the latter wants to show her something. She has taken the video footage of Maddie and created a nasty meme. In spite of Daphne's protestations to delete it she relents but soon Maddie finds all sorts of nasty memes trending on Twitter.

Hallie is still unsure about joining the Highway 65 family and even tells Juliette her worries, leading to the latter trying to get Avery to convince her it is a good plan. Hallie relents and then joins the other session musicians in the studio to record a song.

Back at the Jaymes house, after refusing to read a statement issued by Highway 65 and having been approached at work by a journalist who approves of her standing up for the black community, Maddie decides it is time to set the record straight and makes a videotaped apology before asking Daphne to join her. As they sing together, Clay gathers up his belongings and is seen driving out of town and Will and Zach are seen meeting with executives from Budweiser. After they finish their song, Maddie hugs Daphne, telling her she loves her but the latter has a guilty look on her face. 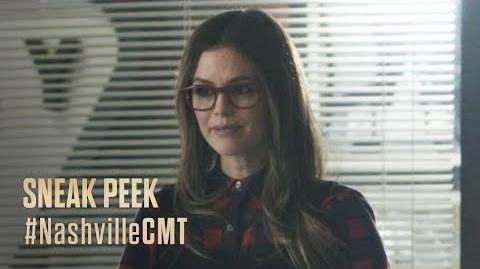